Expressions that depict sounds in an imitative way are called onomatopoeia and exist in many languages. They stand out most in media like comic and manga when words like boom or ぼーん are written on top of an explosion for example.

So if you read a lot of manga, you will already be familiar with onomatopoeic sound effects, but onomatopoeia is also used in literature to further describe an action or a feeling. For example:

And while expressions like アハハ are clearly recognisable as laughter and シーン is at least somewhat graspable as silence, there are many onomatopoeia that are difficult to retain. Seeing how these expressions are used in sentences and how they impact the meaning proved to be the most effective method of learning to me.

I’ve been looking at free beginner texts, that introduce onomatopoeia and put them together here for you to take a look.

These three books all follow the same pattern in presenting an image and then using オノマトペ in a sentence below to give an example on how the expression is used. The example sentences use vocabulary and grammar I’d consider about N4.

This text aims at readers preparing for N5 and introduces Japanese words for different stationary together with the associated オノマトペ.

This web magazine by the Japan Foundation introduces オノマトペ in their section on anime and manga. There are audio options, translations and even a short comprehension quiz at the end of the article. I recommend it to N4 readers.

This is another great project by the Japan Foundation. It teaches Japanese expression through short manga in four different genre, and provides audio option, translations and further cultural explanations for every page. I can recommend the manga for N4-N3 readers.

All these manga feature several onomatopoeic sound effects to hover over for both a description and a translation. Clicking even provides audio options for all sound effects!

At the end of every manga, there is also a quiz where you can test your SFX translation abilities.

Some translations obviously took the Japanese version as inspiration, but as there are so many オノマトペ that are very similar, I still found the quiz challenging.

There are many good resources on onomatope and Japanese textbooks will talk about them as well (I’ve learnt some through unit 7 of へのとびら). I want to highlight two other blog articles that go further into onomatope in general and with more specific examples:

Tofugu explains the basics for onomatopoeia and has this extremely useful extensive list of different onomatopoeia and what they are used for. If you are interested in how the grammar works in descriptive onomatopoeic expressions, this article has a great explanation for that as well.

Japanese Talk Online gives valuable advice for those interested in translating SFX featured in manga into English. The links and examples explain further how onomatopoeic expressions may differ in those languages.

I’m personally only able to assign the correct meaning to some オノマトペ when I encounter them in literature, but I found that once you have some context for the general meaning, it can actually be quite fun to say stuff like うろうろ or すたすた* out loud and guess at their specific meaning.

As I’m still learning many onomatopoeic expressions as well, unfortunately my best tip would be to just keep at it. And of course to read a lot! 😉

*both relate to walking: うろうろ is to wander aimlessly, すたすた is walking briskly. 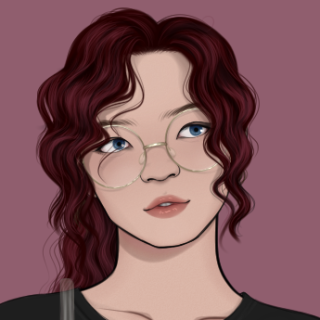